Get fresh music recommendations delivered to your inbox every Friday.

The Ballad of Forklift Henry 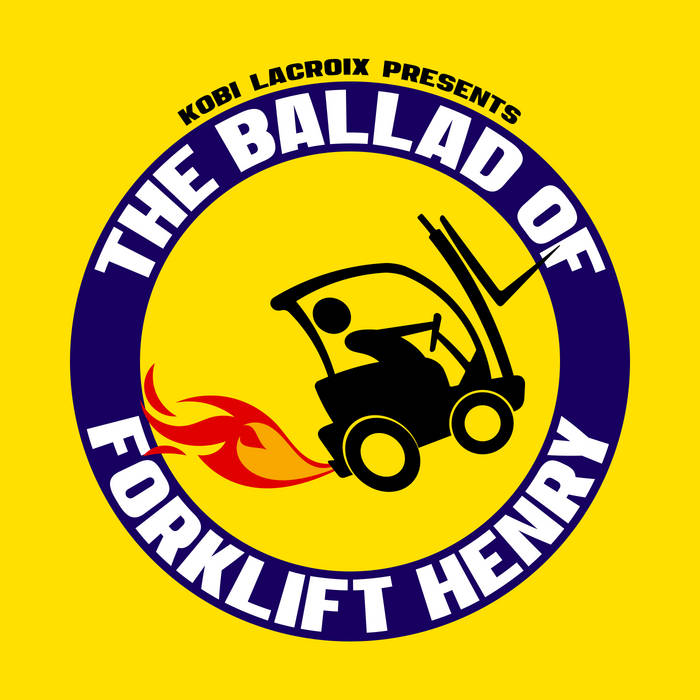 Friends, comrades, and industrial equipment enthusiasts, Kobi LaCroix is proud to bring you the gripping story of a man and his forklift.

Henry drives a forklift across the USA
Folks all want to meet him, but he’s got to keep on schedule
He waves at little children with his prosthetic hand
He lost his real hand in a hydraulic press

Forklift Henry, a-chuggin’ down the road
A working class hero with questionable judgement

Henry drives a forklift at ninety miles an hour
When cattle run in front of him, he skewers ’em with his forklift
State trooper told him, “That thing’s not highway legal!”
So Henry ran him over, and that’s why he can’t stop

Forklift Henry, he may have killed a man
He didn’t mean to; at least that’s what he says

Henry ate some sushi from a truck stop near Dubuque
It was five months past the expiry date, and it made him violently ill

Forklift Henry, he pisses in his shoe
He missed the last rest stop, and he’s running out of shoes

Henry made a fortune on a Reno slot machine
That’s how he bought a forklift and fitted it with jet engines
Now he’s breaking land speed records on the Bonneville Salt Flats
He’s such a badass, he makes God look like a turd

Forklift Henry is American as fuck
He just hit an eagle; that’s probably a crime

Whale Ridin’ Henry is a better man than most

Bandcamp Daily  your guide to the world of Bandcamp

Kari Faux drops off her deluxe album 'Lowkey Superstar' plus tunes by Shunaji and Samplelov.